I went a small bar in Tokyo with my German friend

As soon as I came back to Japan, I received an e-mail from my German friend.
I met him 4 years ago when I was in a language school in Salerno in Italy. Salerno is a small town near Naples.
I lived there for more than 3 month to learn Italian.

By the way, he, John came to Japan and is traveling around Japan by himself.
Now he is staying in Tokyo and he remembered that I live near Tokyo, so he sent me the e-mail.
We met in Tokyo 3 days before.
He is the same as I met him 4 years ago. Maybe only I have been changed because I got some weights on me...

We walked along the street then entered a small bar. The name of it is "President". 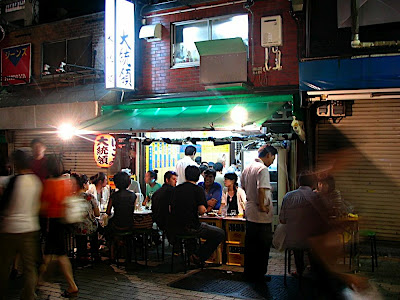 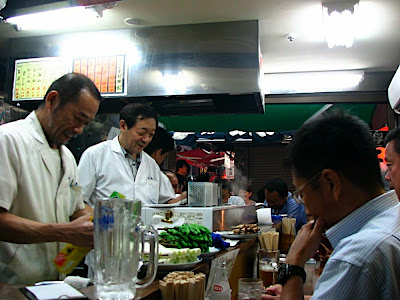 It's really small place. John is the only person who isn't Japanese and we talked in English and in Italian. And there were few women.
Soon, some elder men near our seats talked to us, in Japanese.
They couldn't speak English. But we talked each other in English and in Japanese.
Sometimes I translated their talks, but sometimes, John could understand without any translations, because of their faces and tones.
We talked for more than 5 hours. It was very precious time for us. We enjoyed it very much. John liked it because it was like bars in Salerno.

In Japan, there are some places like this. I like these bars very much one is because this atmosphere, and the other is because the food is good and cheap.
If you come to Japan, please try it once. I'll accompany with you! 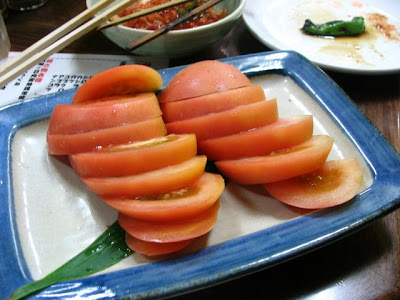 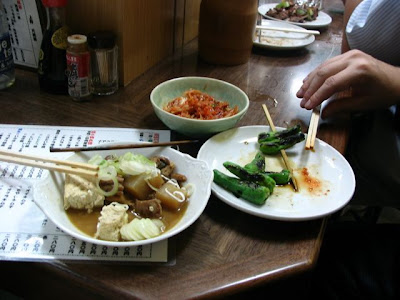 Next month, my French cousin will be visiting my country, for the first time. I hope to be a good host, like you were to your German friend.
Thanks for sharing your experience. My cousin can speak English ...thank goodness ...hehehe
Mena

The measure of cash to be gotten will rely upon the auto's esteem. Endless supply of the estimation of the auto and concession to the cash to be obtained, the borrower gets the chance to keep his or her auto. online auto title loans chicago

More affiliates have a tendency to give their clients VDS - Virtual Dedicated Server. VDS is the most progressive advance in server virtualization innovation. Each virtual committed server gives mysql backup you the full control, security and adaptability of a devoted server.