Hand towel for my mother and grand mother 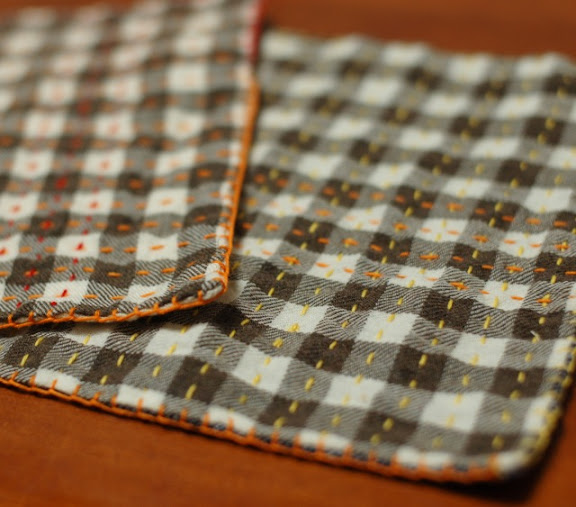 Yesterday, I went a small photo exhibition. There were pictures of a diary of the photographer's father. He wrote the diary from when his wife died till some days before he died.
After his wife died, he lived by himself. He is very neat person and wrote every day's matter.
He didn't want to bother other people, so he took care of his health very much.
But after several years, he become demented. The characters on the note became unreadable often.
But I could read some sentences what appeared often. "Everyday is hard", "I'm sad to be demented".
And I noticed another thing. When he met somebody else, his diary became happy, and when he couldn't meet anybody else for long, his sentences became really sad.

I cried in the salon, and heard somebody was crying.
I remembered my grandmother's word. She says sometimes the same thing. "It's hard just to live".
I live far from her, so I can meet her only several times a year. I felt her loneliness and wanted to write something to her. 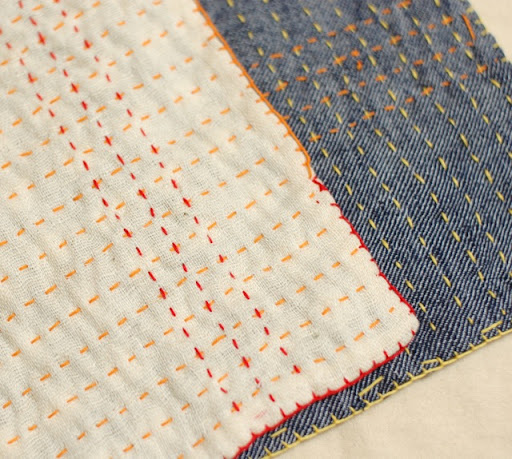 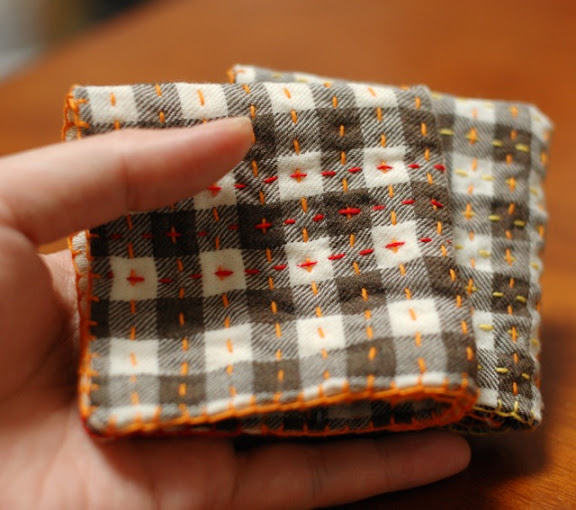 These towels are just lovely, and I'm sure that both your mother and grandmother will cherish them.

I lived very far from my grandmother most of my life, but we were very close thanks to the telephone and letters. She died almost three years ago and I miss her so much - I'm sure your grandmother loves you very much, too!

Sorry to get all mushy :)

Oh Mai! I love your talks. I can feel the man and his sadness that you speak of. I know of this sadness at times. It is good to know I am not the only one. We do need each other to not face things alone. This will be so uplifting to your mom and grandma. It means so much to be loved. You have lifted me in my worst hours with your crafts and I Thank You for it. You bless so many around you!!!!
Know YOU are Special! laura

I like your towels very much, I'm sure your grandmother will be happy.
Margith from Denmark

Thank you very much everyone!!!!
Only I live far from my family, they always worry about me. I'll call them and write letters more!

I love to do lots of running stitch. It's easy and seems warm.

Pretty effective data, thanks for the article.