A special package from my friend in Malaysia

Yesterday, a package arrived from Malaysia. It's from my friend, Jacqueline!
I'm reading her blog and I knew that she made me a beautiful gift bag.
But there were more things that I didn't expected.
I was no word when I saw this pincushion!

I loved it very much when she wrote about it on her blog. I didn't think if it came to my house. Thank you Jacqueline.

And the bag what I asked her to put her beautiful heart on it. She hand embroidered pretty flowers on the edge, it is just neat and beautiful!

On the front, it has a big part of lace what she made by hand!

There were also her pretty elephant coasters and lots of beautiful laces.
And I already enjoyed this chinese tea with my boyfriend.

I love this Tekkannon very much! The flavor is excellent! Also, I love the cute package very much.

Two new ideas came up to my head and I made them yesterday. It rained a lot yesterday, so I couldn't go out and I had lots of time to play with fabrics.

The one is onigiriman(rice ball man) pouch, which my boyfriend named from the shape.
I got the white fabric in an online shop with very low price (* v *). It's very good fabric with Sashiko embroidery thread.

The other one is a cat pouch. I imaged it while I was sleeping and as soon as I got up, I drew the pattern.

I liked the shape very much.
I'm happy with this fine quality fabric to sew.

Oh, I used American cotton on this pouch which my friend, Emishimosato sent me.

Today I made new furoshiki with my favorite fabrics.
I love these three thin fabrics.
I cut and sew each small piece one by one.
After I finished the patchwork, I began to make bias tape with the same fabrics.
It is time consuming work, but it's also my favorite work.
(Yesterday, I made four patchwork bias tapes.)

Then, I finished the furoshiki. I worked more than four hours for this, talking with my boyfriend (* v *).

After I made the furoshiki, I made a new pouch. Maybe everyday I sew more than 6 hours. I'm really happy to have such long time to sew!

My short trip for Shizuoka

Last weekend, I and my boyfriend went to the west, to meet my parents.
They live about 600 km far to the west from me, and they came to the east to see us.

We went to a restaurant to eat eel, one of my favorite Japanese food.
They have three types of menu, regular, deluxe and super deluxe.
I and my mother chose the deluxe, and my father and my boyfriend chose the regular dish, like always. (* v *) 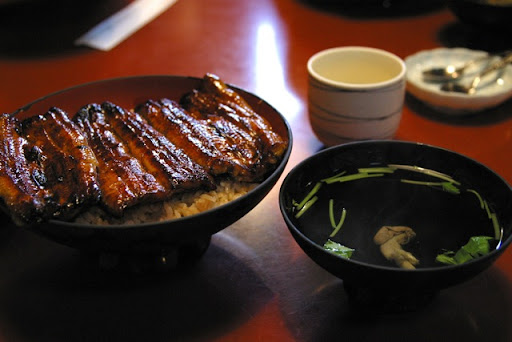 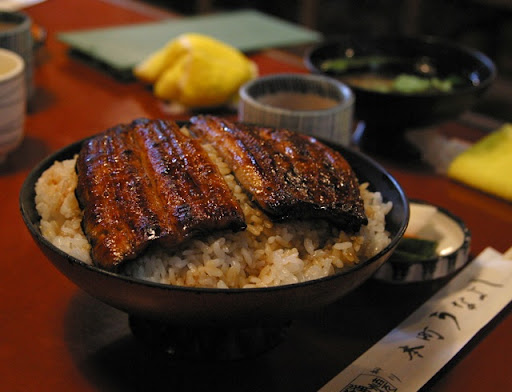 After we enjoyed the lunch, we walked around the town.
There were big shrine and in the shrine, lots of flowers were in bloom. 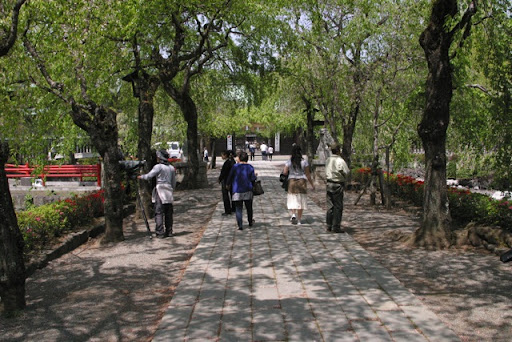 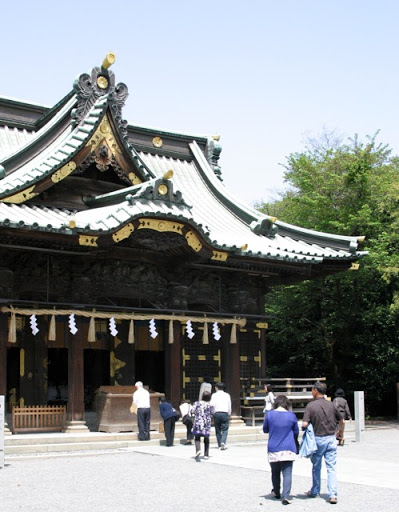 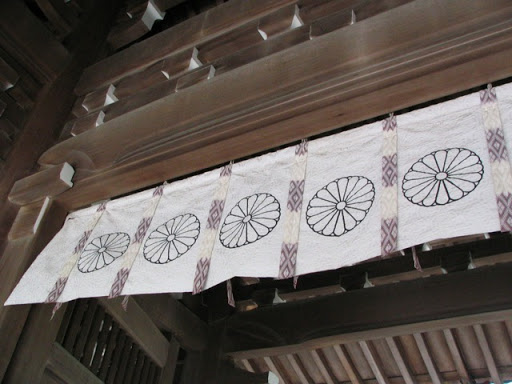 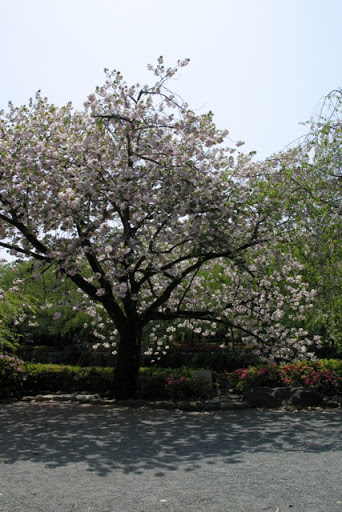 There were also lots of deers. They were taking the sun. 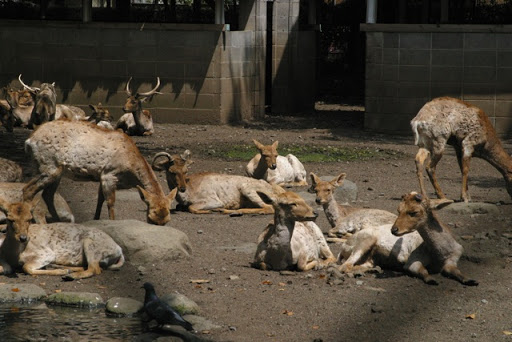 I found lots of dandelions under a big tree. 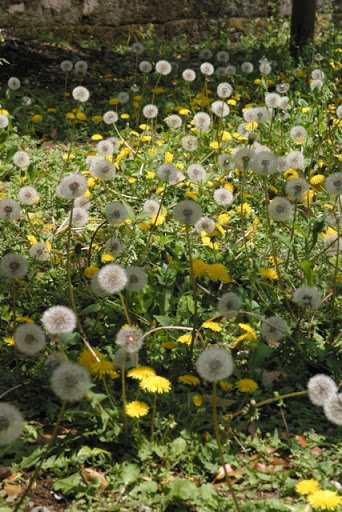 Then we went to the port. I love the sea. 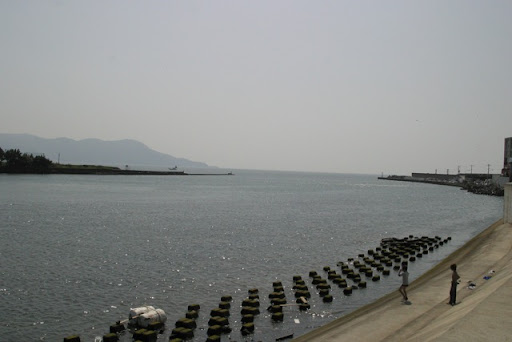 Also, I could see the Mt. Fuji. 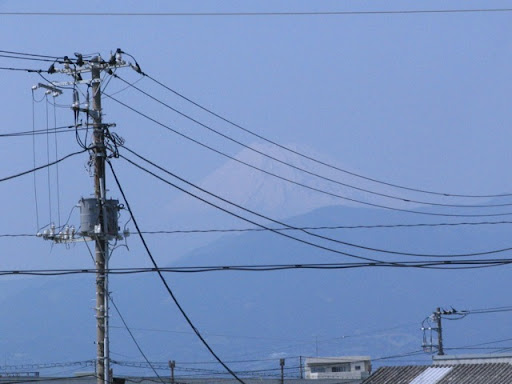 I enjoyed the trip with my family and my boyfriend.

A cat eating a fish pouch

I made this pattern several months ago. I like the idea and I could sell them soon after I listed them on my shop.
But I didn't make them so many, because it's hard to make them... I'm looking for better way to make this pouch, but I cannot find it.

Today I made three of the pouches for the custom order. She wants only one, but I didn't know her preferences so I made these three.

One is new one, A rabbit eating a carrot pouch.

I hope she likes one of them, or, I'll make other ones.
These days, I'm so busy with some custom orders. But they make me really happy. It's fun to make something imagining customers face.
Posted by mairuru at 4:29 PM 23 comments:

My love letter pouch is on the ETSY frontpage!

Today's my shopping in a craft shop

My second shopping list. The first one in a super market is this.

I got Dualduty quilting thread in approx. 3.5 dollars, and 6 snaps in 1.5 dollars.

I found a pretty green fabrics with lots of frogs.
It costs 6 dollars per meter.

And thin batting(poly) and adhesive interlining. Each costs 4.5 dollars per meter.

That's all. I wanted to get more fabrics, but my boyfriend was waiting for me in a bookstore next to the craft shop.
I want to go shopping by myself sometimes, but we both have no joys currently, so he always accompanies with me. It's OK but sometimes, I need much time...

Oh, and the day before yesterday, I got one fabric in flea market.
It costs only 3 dollars for 5 meters! The flower print is beautiful but it's old and a little yellowed.
I used the fabric on my new pouch. I love this!

This weekend, I went to a flower festival in Yokohama, about 30 minutes walk from my apartment.

There were another beautiful pink flowers on the way. I don't know how to call them in English...

The festival was held in the park of Yokohama Red-brick Warehouse, by the sea.
In the warehouse, there are lots of shops and restaurants. It's beautiful space for shopping and eating, but a little expensive.

So I enjoyed only flowers.
Also, many people enjoyed them. Sitting by the flowers and drinking bottled juices instead of expensive restaurants.

My favorite flower is this!

After the festival, we went a donut shop near the warehouse, and took a rest with delicious Hawaiian donuts.

It was very beautiful weekend for me.
But after 4 hours walk, we got too tired and slept a lot.

In my past post, http://mairuru.blogspot.com/2009/03/how-to-make-oval-fabric-tray.html, I wrote my way to applique with adhesive interlining.

After that, Emi in USA told me about fusible web and sent it to me.

(1)Fusible web(American): It bonds two fabrics. It's more stickily than others.

(2)Adhesive interlining(American): It bonds only applique fabric, and sew it on the main fabric.

(3)Adhesive interlining(Japanese): I usually use this. It's thinner than (2).

I cut them in small pieces for applique. I made a cat pattern for this test.

Then I ironed them on the fabric for applique and cut them.

I sewed them all. At this point, the cats of interlining are little frayed.
Again, from the right, Japanese interlining, Fusible web and American interlining. The fusible web cat is very thin so I can see the main fabric through the applique.

Then I made it as a coaster, and washed it once to check if they fray.

This is a picture what I took after washed. The center cat(fusible web) didn't fray at all and the others frayed a little.

It's difficult to express in my poor English...

Thanks to Emi, I could compare them.
And she also sent me beautiful American cotton fabrics. Thank you!