Shopping in Bridgeport at 4th July 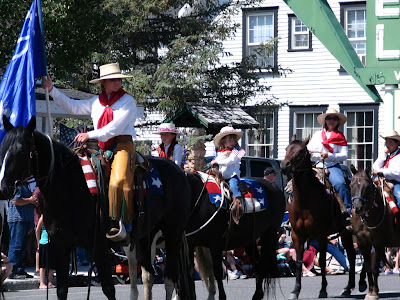 At 4th July, we went the festival in Bridgeport, near Yosemite National Park.
It was really interesting festival for us, me, my boyfriend and his father.
His father liked it very much. He watched almost all of the events there.
I liked the parade. I'd never seen that decorated kiddie cars participated a parade. They were really cute. 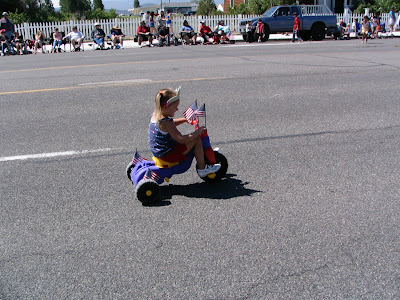 And there was a mud volleyball. They were excited so much. 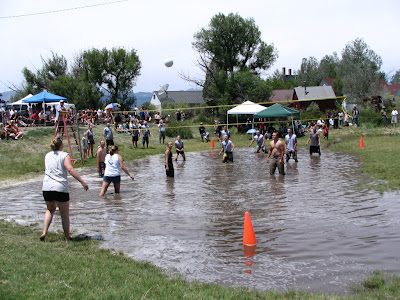 I like the children's eating race of water mellon too! 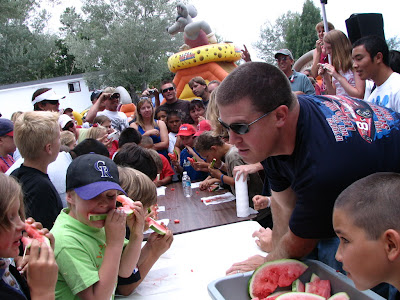 This festival is for me really especially. Because now in Japan, many festivals had disappeared.
For example, when I was a student, I participated a festival in my mothers birth town. A company there made a team for the festival. But now, the economy of the company is really bad and they cannot hold a team.
In many town, it became difficult to make a big festival one is because the economical situation and the other is because many young people leave their town and work in a big city.

When we were walking along the main street, I found a little quilt shop. 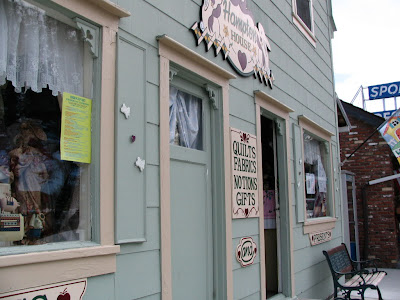 I entered in the shop and bought a set of fabrics. It was very cute.
I'll make something with it. 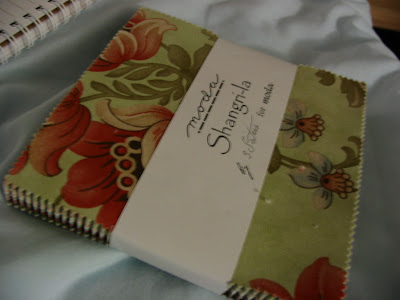 That little quilt shop looks so sweet! I also have some shangri-la fabric. Love it and looking forward to seeing what you make!
~Emily

Hi Emily,
Thank you for your comment.
Finally I made some quilts with this set.
The shop was small and so cute.
Near my apartment in Japan, there is no shop like this. So I enjoyed it very much.

Love that quilt shop. Sigh .. wish there was one in my town just like it ..lol
Thanks for sharing about your travels, I enjoy reading them and the lovely pics
Mena