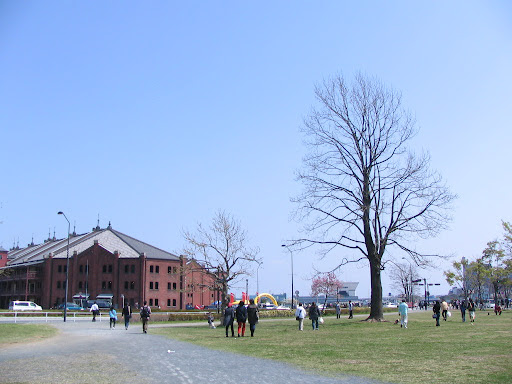 Yesterday I went to the african festival in Yokohama. Many volunteer stuffs made up this festival. There came many famous talent and musicians, and they were also volunteers. 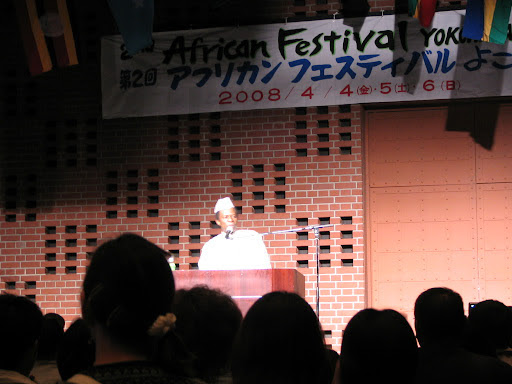 I sew the speech of an african talent very famous in japan. He lives in japan longer than he lived in africa. He told us about japan and africa. He told about 4 important things that his father taught him, sharing, the spirit of give-and-take, making allowances for each other, and the feeling of thankfulness. And he told us a proverb that an old man/woman's dying is same as a library being gone away. He respect elder people very much. I agree with him. 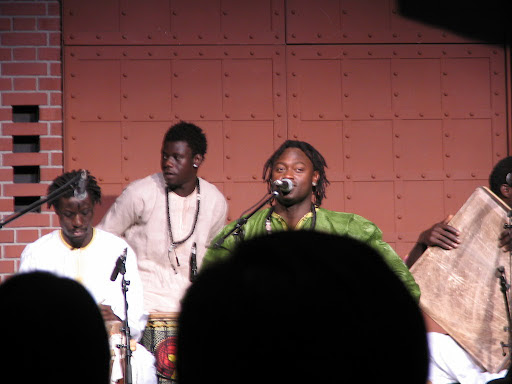 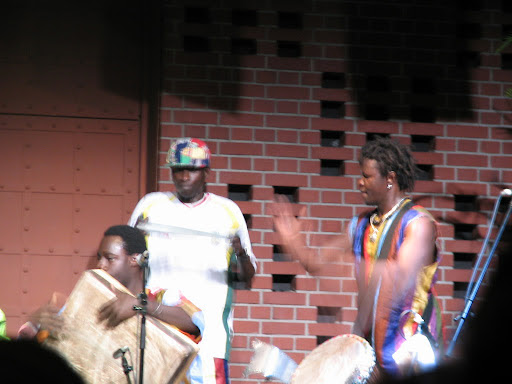 And next, there is a live performance of an african group of percussion. One of them speaks japanese very well. Their music was very strong. Many audiences were dancing and singing. It's rare in japan, because most of japanese people are shy... But the group excited us so much. I danced and sang with other people. I liked the live very much. They were great.
And the talk of the vocalist was really good. He said only a few words. But it impressed us very much. He wants the beautiful earth for our children. He thinks our long for peace becomes the most strong power in the world.

After the live, I went to a library to read some issues about africa and war in the world. And now, I want to talk about these things with many friends.

I don't know what I can do but I think it's important to talk this feeling and thought with many people.
So, I write this. Thank you for reading my poor english...

I bought a cloth from Guinea. It was really beautiful!
Here are some photo I took around the holl of the festiva. 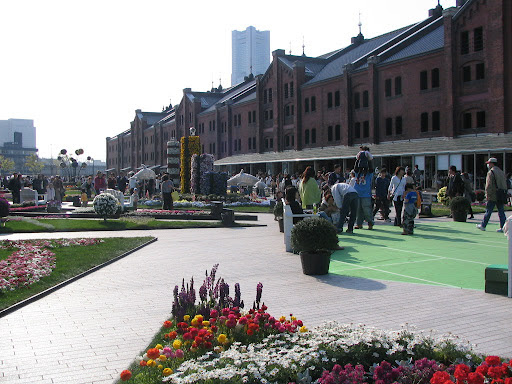 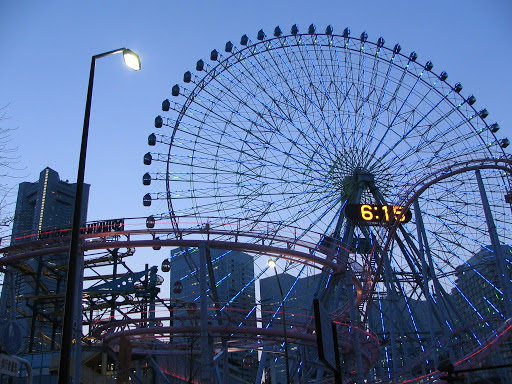 *I am clapping* what a wonderful post. I, too, heard that when old people die, it is like a library burning down. You are using fine English words! I especially liked the word "impressed", for I, too, am "impressed" with your talent!

Really special post Mia. Just like the african talent's father. My mother also taught myself and my brothers these 4 important virtues. Also to cherish elders and respect them!I agree and feel as strongly as you do!
It's good to go out and do something different for a change!

Hello eidie and laura!
Thank you for your comments. I'm content that I could tell you what I want.
Now, I know another word "cherish". I like this word. Thank you Laura!

... an old man/woman's dying is same as a library being gone away. He respect elder people very much.